Different types of Fingerprints via The Legal Conundrum 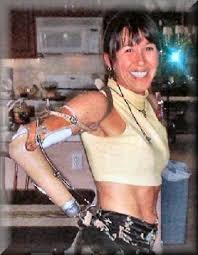 Berkeley, California
Lawrence Singleton picks up 15-year-old Mary Vincent as she hitchhikes, raped her, cuts off her forearms with a hatchet, and throws her from a 30 foot cliff

Vincent was able to pull herself, naked, to safety and survived her attack. By the time Singleton was on trial, Vincent had prosthetic arms. Her testimony was vital to his conviction, though he was only sentenced to 14 years in prison, the maximum allowed by California state law at that time.

Singleton was paroled after 8 years and made several unsuccessful attempts to find a place to live in California. Each attempt was met by protestors and picketers. During one attempt, armed guards tried to escort Singleton to his new residence, another ended with Singleton escorted away while wearing a bulletproof vest. Eventually, Singleton moved to his home state of Florida.

He lived a relatively peaceful life there, though he was arrested twice in 1990 for theft, once for a $10 disposable camera, and once for a $3 hat. However, in 1997 Singleton murdered a woman, Roxanne Hayes, in his home. According to his testimony, Singleton invited Hayes to his home, paying her $20 for oral sex. Afterwards, Hayes became enraged and threatened to decapitate Singleton. The two struggled over the knife and, in the process, Hayes was accidentally stabbed 7 times in the face, chest, and stomach. He also testified that Hayes did not make any noises during each of the stabbing injuries.

At the trial for Hayes’ murder, Vincent once again testified against Singleton about her attack at trial. Singleton was sentenced to death but died on death row before his sentence could be carried out. Vincent’s attack changed state legislature regarding those who employ torture during their crimes, bumping the sentence from a maximum of 14 years to a term of 25 years to life. Singleton never admitted his guilt and went so far as to call Vincent a “ten dollar whore.”